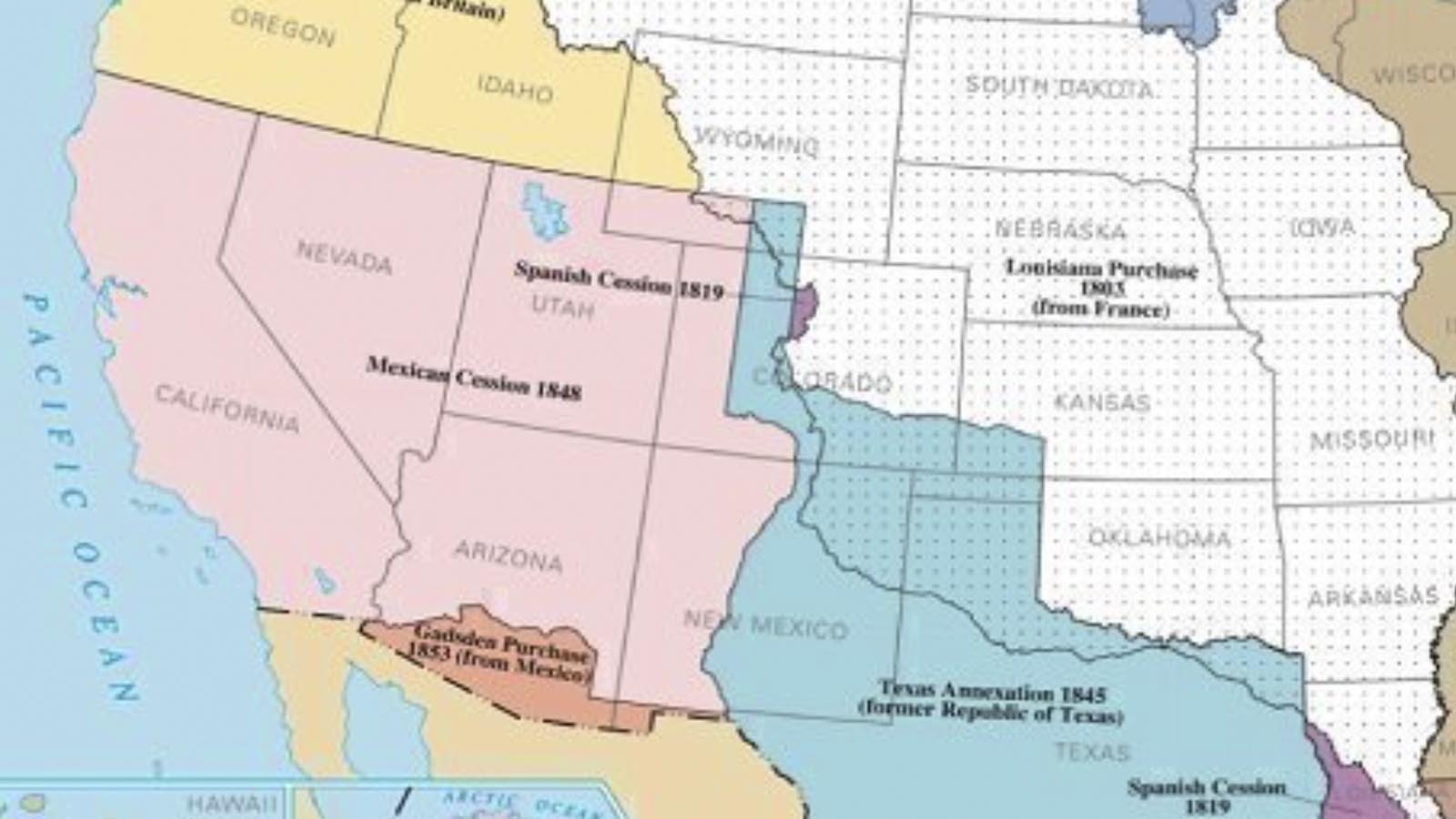 On December 30, 1853, a treaty was signed where Mexico sold the United States 29,000 square miles of territory in the area that would eventually become southern Arizona and New Mexico. That deal, however, was part of a plan related to the worsening North-South conflict leading up to the Civil War.

The Gadsden Purchase is an important historical footnote for several reasons. Firstly, it established the current border between the United States and Mexico, and it mostly resolved border disputes arising from the Treaty of Guadalupe Hidalgo.

At the end of the Mexican-American War in 1848, the United States paid $15 million to acquire territory from Mexico that eventually became the state of California, and parts of the territory that would become Arizona, New Mexico, Colorado, and Utah. Mexico also gave up any claims on Texas as part of the treaty. The land represented about 55 percent of the land owned by Mexico before the war.

In the following five years, there was a push to acquire even more territory from Mexico, and the two countries disputed the Mesilla Valley area. President Franklin Pierce, at the urging of Secretary of War Jefferson Davis, sent Davis’ friend James Gadsden to Mexico as an ambassador. Gadsden was a former military officer, an aide to General Andrew Jackson, and the past president of a South Carolina railroad company.

Both Davis and Gadsden represented interests that wanted to build an early version of the transcontinental railroad benefiting the southern states. The Mesilla Valley was the missing piece of land that would connect the southern states by rail to the Pacific Coast.

The proposed Gadsden Purchase at the then-steep cost of $10 million for 29,000 acres became part of a broader controversy about power and slavery in the Senate, which needed to approve the treaty. Davis wanted the federal government to fund much of the railroad project. Senator Stephen Douglas, who represented other railroad interests, was strongly opposed.

In early 1854, the Senate was also debating the Kansas-Nebraska Act. Douglas had long championed Nebraska as a vital link in a transcontinental railroad connecting Chicago with the West Coast. The new proposed Nebraska Territory stretched far west and its supporters wanted residents of the new territories to decide if they wanted to allow slavery. Douglas pushed what was called “popular sovereignty” to get southern votes in the Senate and defeat any support for a southern railroad competing with his project.

The Kansas-Nebraska Act’s passage in May 1854 effectively ended the Missouri Compromise of 1820 and soon led to violence in Kansas that foreshadowed the Civil War.

The Act also killed any chances of a southern railroad through the newly acquired sections of southern Arizona and New Mexico. The Senate approved the Gadsden Purchase about a month before it voted on the Kansas-Nebraska Act. But the political and section bitterness over the Act killed the likelihood of a federally funded railroad serving the southern states.

The surveyed path of the southern railroad, called the Parke-Pope Route, connected San Diego in California to El Paso in Texas. Secretary of War Davis recommended it as the best of the surveyed transcontinental railroad routes in 1855, but the issue became moot. It later became the route of the Southern Pacific Railroad.