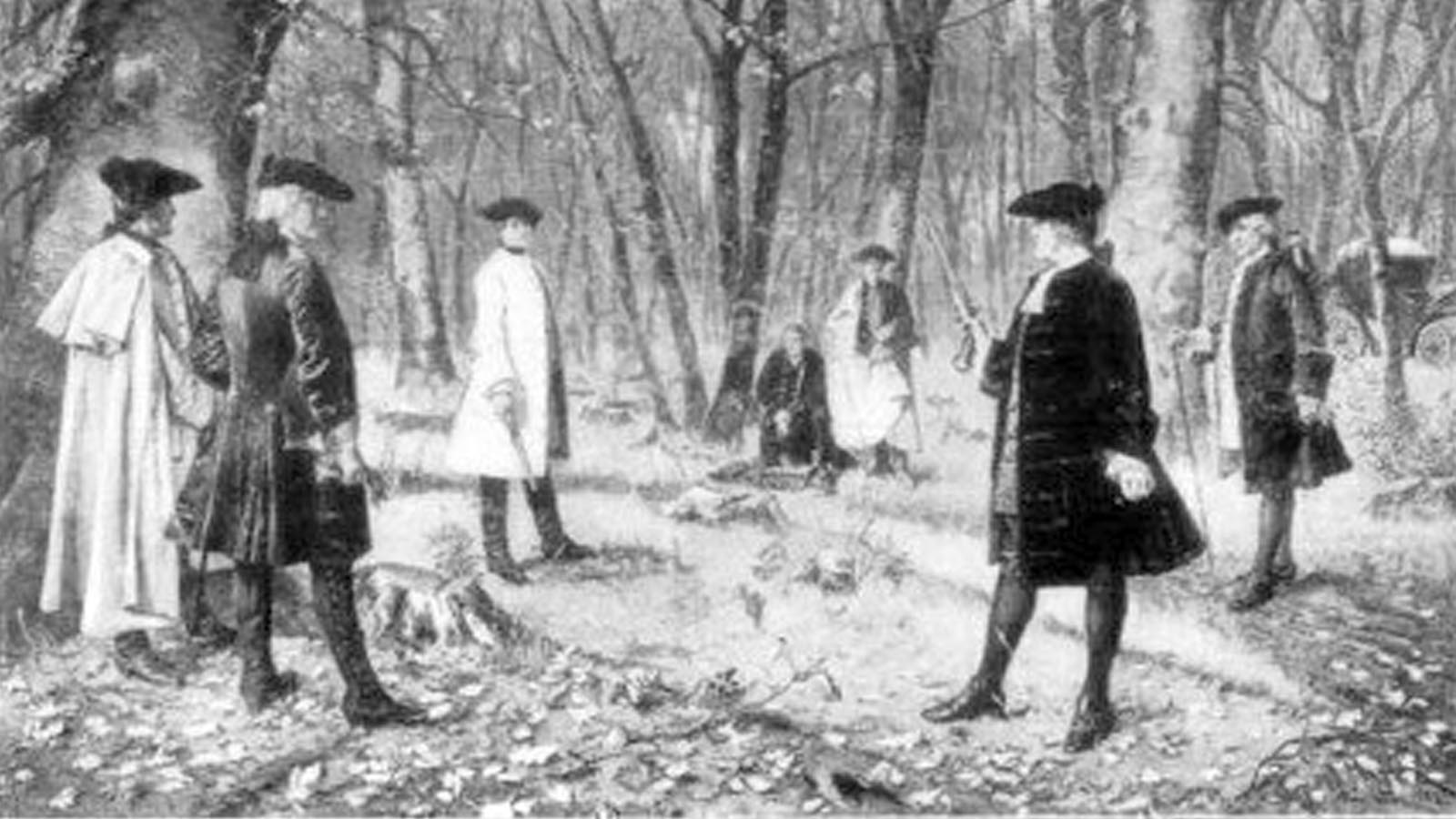 Today marks the anniversary of the deadly duel between Alexander Hamilton and Aaron Burr. What caused the sitting vice president to shoot and kill a Founding Father on the cliffs overlooking New York City?

Historians are still arguing over the events in Weehawken, New Jersey, on July 11, 1804. The men became bitter enemies over political and personal issues, but a lot is still in dispute over the duel itself–and why it had to happen.

Here are some points to remember as you draw your own conclusions.

1. The men were involved in New York politics

Hamilton was already a force in New York state politics when Burr came along. The men became rivals when Burr ran for the U.S. Senate against Hamilton’s father-in-law, Philip Schuyler in 1791. Burr won the election in the New York state legislature. Burr then became a player in the Democratic-Republican Party in New York, while Hamilton was a top rival Federalist Party leader.

2. The controversial election of 1800

The election of 1800 was one of the first early national elections with political parties, but in a twist of fate, running mates Thomas Jefferson and Aaron Burr tied in the Electoral College voting (someone forgot to cast one less vote for Burr) under the Constitution’s original provision for electing presidents. Hamilton then worked behind-the-scenes to defeat Burr in the House runoff election, after Burr decided he didn’t want to play second fiddle to Jefferson.

After the 1800 election, Hamilton didn’t let the feud with Burr drop. Jefferson also ignored Burr as his vice president, and he made it clear that under new election rules, there was no way Burr was going on the 1804 ticket. Hamilton then worked to defeat Burr’s attempt to become governor of New York. Burr was effectively out of political power, even though he was the vice president of the United States.

4. The duel that historians still debate

The final straw for Burr was the publication of a letter in a newspaper that said Hamilton demeaned Burr’s character. Burr demanded Hamilton apologize for the insults or explain them. Hamilton stayed quiet, so Burr demanded a duel.

Duels were common, and both men had experience with them. In 1799, Burr dueled against Hamilton’s brother-in-law, John Church. This time, Burr and Hamilton met on the same Weehawken spot where Hamilton’s son died in an 1801 duel.

In some accounts, Hamilton shot first and missed, followed by Burr’s deadly shot. One theory, stated in a 1976 Smithsonian magazine article, is that Hamilton’s pistol had a hair trigger that let him get off the first shot. But Burr claimed in his autobiography that he supplied the pistols and not Hamilton. And yet another report stated each man brought their own weapons. To this today, there is no real consensus on the sequence of events at the dueling site.

Hamilton died 36 hours after the duel from his wounds. Vice President Burr was indicted but not arrested. In 1807, Burr was accused of treason in a separate incident, but he was acquitted in a trial presided over by Chief Justice John Marshall. He quietly worked as a lawyer in New York in his later years.

The controversy over the duel, however, hasn’t quieted down since 1804.