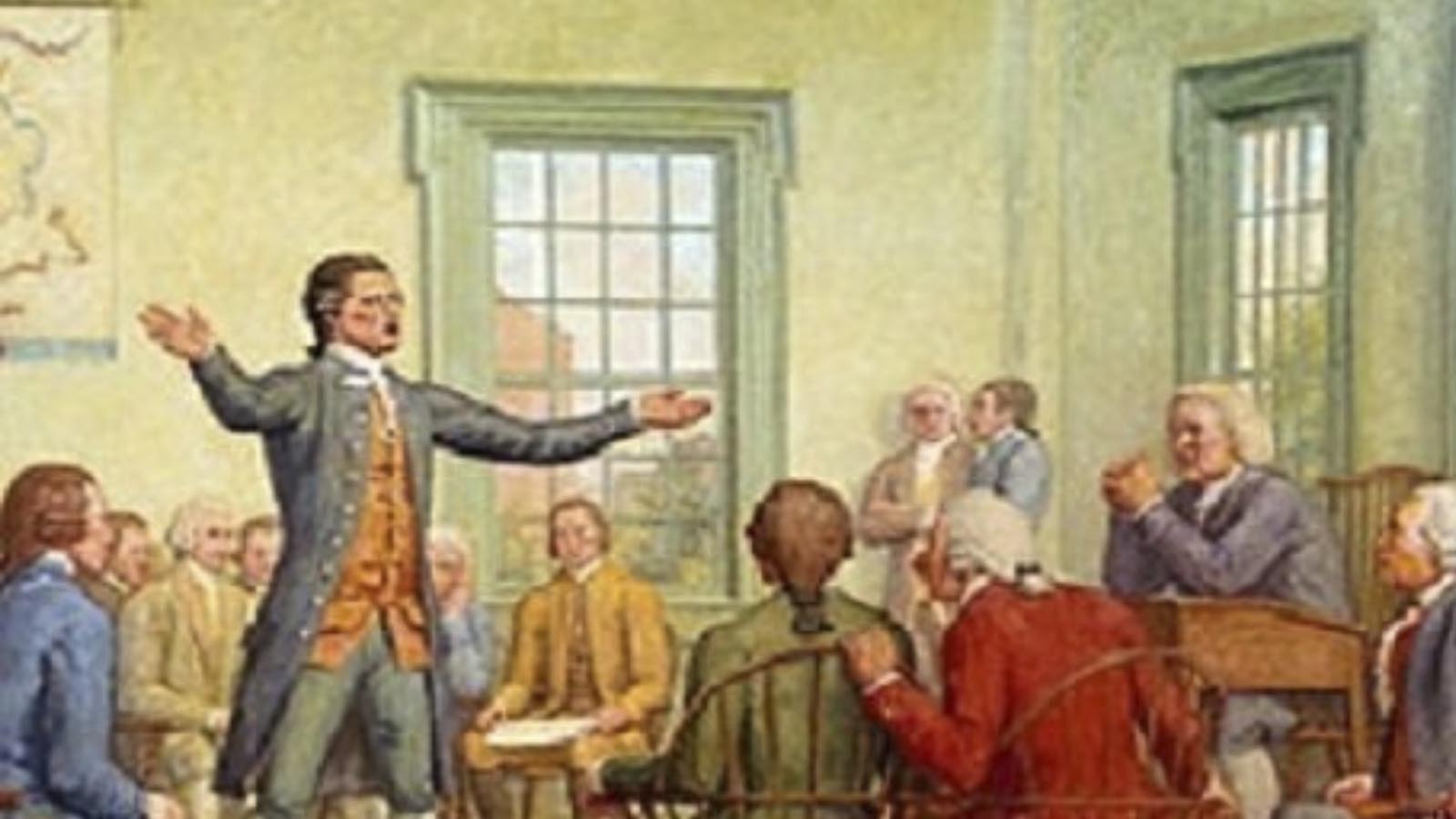 On October 26, 1774, the First Continental Congress ended its initial session in Philadelphia with a list of rights belonging to Colonists and threats of an economic boycott. Within six months, however, armed conflict broke out on American soil.

In all, 56 delegates from 12 colonies (excluding Georgia) came to the meeting to address the Coercive or Intolerable Acts. The laws were meant as punishment for the activities of the Boston Tea Party, but they affected all of the 13 colonies.

Relations between the colonists and the government back in Great Britain had steadily deteriorated over the nine years since the Stamp Act was passed in 1765. Violence related to the Tea Act and the Boston Tea Party in 1773 led to the imposition of the Coercive Acts a year later in April 1774.

The Coercive Acts closed the port of Boston until the destroyed tea was paid for; they also took away Massachusetts’ ability to control its own government and banned most public meetings there. They also allowed for royal officials to be tried back in Great Britain if they were accused of crimes committed in Massachusetts. And for all of the colonies, the Acts forced Americans to board British troops in unoccupied buildings.

Benjamin Franklin wrote a public letter in London, under an assumed name, that made it clear how he felt about the Acts and the Parliament that issued them, “who appear to be no better acquainted with their History or Constitution than they are with the Inhabitants of the Moon.”

The legislatures of 12 colonies agreed to the meeting, to discuss an economic response to the Acts, and chose their representatives. The attendees didn’t include Franklin or Thomas Jefferson, but in addition to John Adams the delegates included his cousin Samuel Adams, Patrick Henry, Roger Sherman, John Jay, John Dickinson, Richard Henry Lee, and George Washington.

The delegates gathered on the morning of September 5 at Philadelphia’s City Tavern, near Benjamin Franklin’s home, before they went to Carpenters’ Hall, which had just been constructed. The Pennsylvania State House (which we now call Independence Hall) was already occupied by the Pennsylvania provincial assembly. Franklin had remained in England, and he would deliver a petition from the First Congress to King George III in late 1774.

Thomas Jefferson’s cousin, Peyton Randolph, was named as the first president of the Continental Congress. Randolph was another prominent Virginia leader and Washington’s close friend. During their session in Philadelphia, which ended after about seven weeks of debates, the group agreed to a boycott of British goods within the colonies as a sign of protest, spelled out in the Articles of Association.

The Articles also called for an end of exports to Great Britain in the following year if the Coercive Acts weren’t repealed. And the First Continental Congress made plans to convene a Second Continental Congress in May 1775 to continue the work started in Philadelphia, if the Intolerable Acts remained in force.

A separate document, now called the Declaration and Resolves of the First Continental Congress, stated the group’s objections to the Coercive Acts, listed the rights of the colonists, and itemized objections to British rule beyond the Intolerable Acts. The list of rights insisted that Colonists were “entitled to life, liberty, and property” and “that foundation of English liberty, and of all free government, is a right in the people to participate in their legislative council.”

Also, the formal petition to King George III was approved on October 26, the last day of the Congress. It outlined the grievances of the colonies to the King, but it also didn’t assign blame to him.

On the same day the First Continental Congress ended in Philadelphia, the Massachusetts Provincial Congress reorganized its militia into a force called the Minutemen.

The following May, when the Second Continental Congress came back to Philadelphia, it met in the Pennsylvania State House. Violence had already broken out in Boston with the battles of Lexington and Concord. Georgia joined the Second Continental Congress, as did Franklin and John Hancock. Jefferson then arrived to replace Randolph, who was called back to Virginia on political business.

The new Congress became focused on the war effort, just seven months after it had left Carpenters’ Hall hoping for a constructive response from the King and the British government.