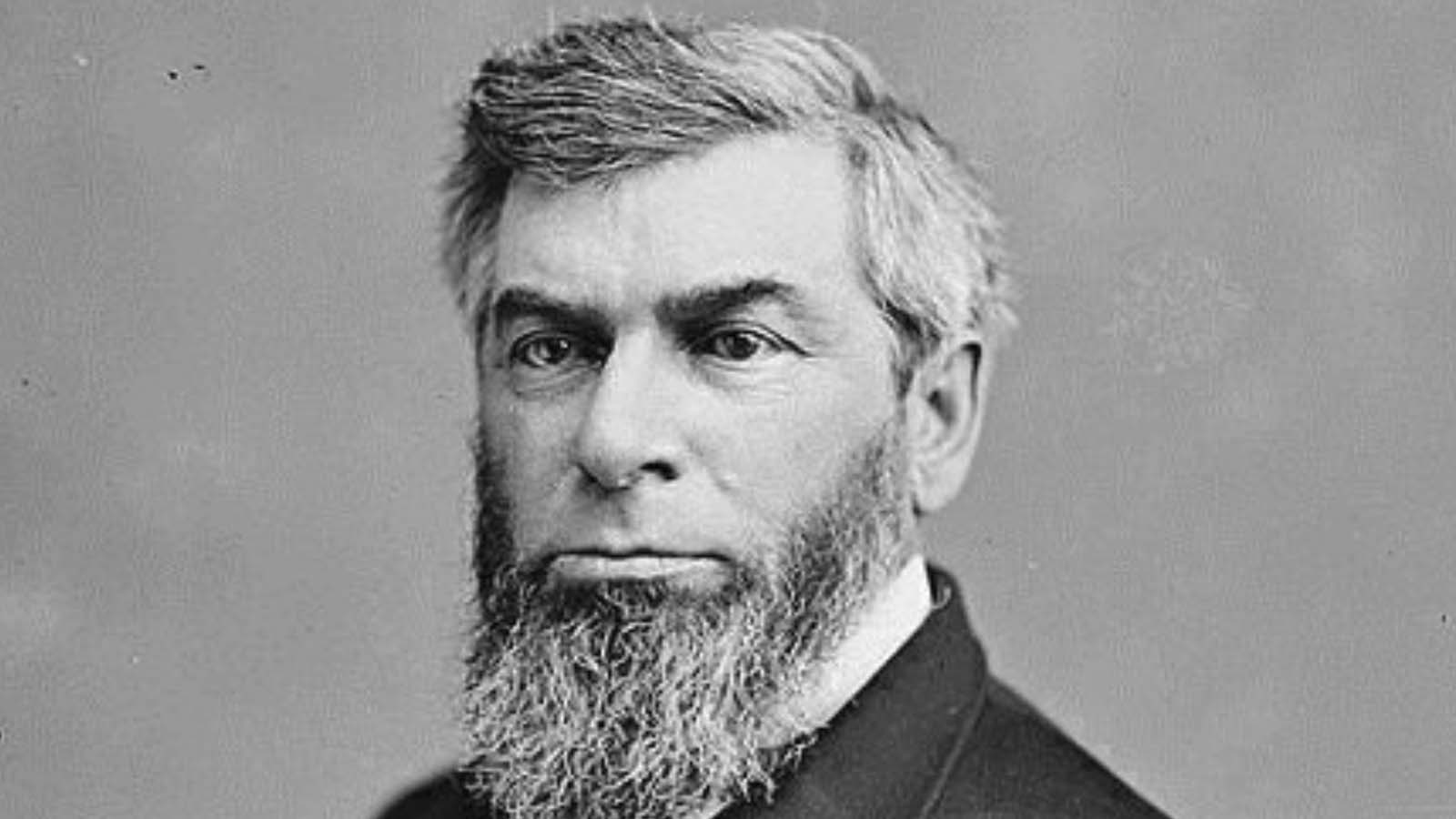 Chase, who was an original member of the Republican Party, was named to the Court by President Abraham Lincoln to replace Roger Taney as Chief Justice of the United States in 1864. On the news of Chase’s passing on May 7, 1873, talks had started about President Grant’s choice for Chase’s replacement, who would be the fourth justice during Grant’s two terms in office to join the Supreme Court.

Grant’s selection would be closely watched after the controversy over his first two appointments. The Republicans had already been accused of “Court packing” after adding a ninth seat to the bench in 1869, leaving two open seats on the Court. Grant’s first two nominees never made it to the Court. The Senate rejected Ebenezer R. Hoar’s nomination and confirmed Edwin Stanton, but Stanton died before he could become a Justice. William Strong and Joseph Bradley were then nominated by Grant and confirmed by the Senate in 1870. Ward Hunt followed as a Grant nominee in 1872.

In June 1873, newspaper speculation placed Waite in a group of rumored candidates to replace Chase. Waite was best known for his role in negotiations in Geneva to get $15 million from Great Britain as reparations related to the Civil War. Caleb Cushing, a Democrat and former Attorney General, had worked with Morrison at the tribunal. Speculation centered on Associate Justice Noah Swayne, Associate Justice Samuel Miller, Attorney General George H. Williams, Senator Roscoe Conkling, and Senator Oliver Morton as the next Chief Justice.

Grant reportedly offered the Chief Justice nomination to Conkling and three other potential candidates in November 1873 and was rebuffed. Next, the President officially nominated Attorney General Williams in December 1873. But Grant withdrew the Williams nomination after questions arose about Williams’ qualifications. Grant’s second nominee, Cushing, received a favorable report from the Senate Judicial Committee, but Grant withdrew his nomination after five days, when allegations emerged that Cushing had corresponded with Jefferson Davis at the start of the Civil War.

Waite’s name had been mentioned again in December 1873 when the Williams nomination was in doubt. The Associated Press said Waite’s nomination caught the Senate by surprise. “Many inquiries were made as to the standing of this gentleman, he not having a national reputation,” it reported on January 20, 1874. The following day, a unanimous Senate confirmed Waite.

Chief Justice Waite served on the Court for 14 years, where he reportedly wrote about 28 percent of its opinions. Among the significant opinions he authored was United States v. Cruikshank (1875), which overturned the convictions of three men who killed more than 100 African-Americans in what was known as the Colfax Massacre. Waite said the federal Constitution’s First, Second and 14th Amendments didn’t apply to individuals at a state level.

Another opinion related to individual rights authored by Waite was Minor v. Happersett (1875), which held that the 14th Amendment didn’t guarantee that women had the right to vote in elections. “Being unanimously of the opinion that the Constitution of the United States does not confer the right of suffrage upon anyone, and that the constitutions and laws of the several states which commit that important trust to men alone are not necessarily void, we affirm the judgment,” Waite concluded.

Despite being in ill health in his later years, Waite refused to resign from the bench. He died on March 23, 1888 in Washington from pneumonia. Waite’s funeral was held in the chamber of the House of Representatives