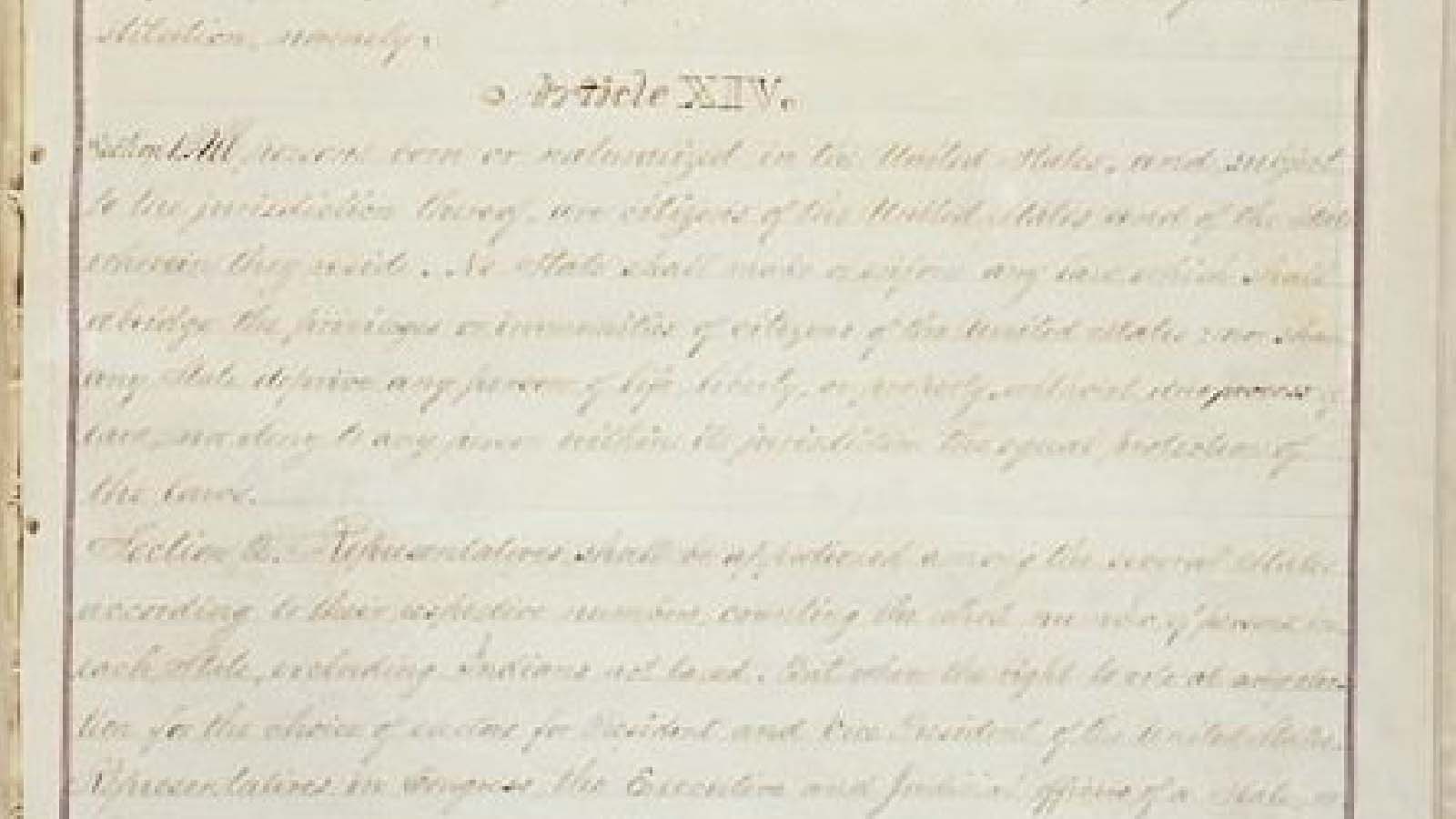 On June 13, 1866, the House approved a Senate-proposed version of the 14th Amendment, sending it to the states for ratification. Two years later, the ratified statement became a constitutional cornerstone.

Part of the amendment’s Section One is one of the best-known and most-quoted sections of the Constitution. “No State shall make or enforce any law which shall abridge the privileges or immunities of citizens of the United States; nor shall any State deprive any person of life, liberty, or property, without due process of law; nor deny to any person within its jurisdiction the equal protection of the laws,” it reads.

The passage’s author, Representative John Bingham of Ohio, explained that he sought “a simple, strong, plain declaration that equal laws and equal and exact justice shall hereafter be secured within every State of the Union,” guaranteeing “equal protection” for “any person, no matter whence he comes, or how poor, how weak, how simple—no matter how friendless.” Section One’s text mandated equal protection of the laws to all citizens, and protected against infringement of key liberties — most notably, those protected by the Bill of Rights like free speech and religious liberty — by the states. Prior to the Fourteenth Amendment, the Bill of Rights only applied against abuses by the national government. After the Fourteenth Amendment’s ratification, these protections applied equally against the states.

The debate over a new amendment began at the start of a new Congress in December 1865 and extended until June of 1866. Congress left many of the details to the Joint Committee on Reconstruction — a special congressional committee comprised of leading members of Congress, including Thaddeus Stevens, John Bingham, and Jacob Howard. Gerard Magliocca — Bingham’s biographer — referred to the Joint Committee as a “Second Constitutional Convention.” And so it was. Its members sought to set new constitutional baselines for post-Civil War America. They set out those baselines in the 14th Amendment.

In May 1866, Thaddeus Stevens introduced the Joint Committee’s proposed amendment in Congress. The proposal included many of the provisions in the final amendment, including the Equal Protection Clause, the Privileges or Immunities Clause, and the Due Process Clause. It only took the House two days to debate and pass the measure on May 10, 1866. The action then turned to the Senate.

During its debates over the 14th Amendment, the Senate added a citizenship clause that read, “All persons born or naturalized in the United States and subject to the jurisdiction thereof, are citizens of the United States and of the States wherein they reside.” It also modified the proposed amendment in other ways, including the conditions of how former Confederates could hold office. The Senate version passed on June 8, and five days later, the House agreed to approve that final version.

President Andrew Johnson was notified that the amendment was being sent to the states for ratification, and he publicly expressed his disapproval.

Congressional approval — and presidential opposition — led to a two-year battle between President Johnson and the Republican Party over the 14th Amendment’s ratification. Following a heated campaign between President Johnson and the Reconstruction Republicans over the future of the 14th Amendment, the Republican Party won a landslide victory in the congressional elections of 1866, solidifying their political power over Reconstruction policy.

However, even following this landslide victory, ex-Confederate states continued to reject the proposed amendment. The Republican Congress fought back, passing the Reconstruction Act of 1867, which required ex-Confederate states to extend voting rights to Black men and denied these states representation in Congress until they voted to ratify the 14th Amendment.