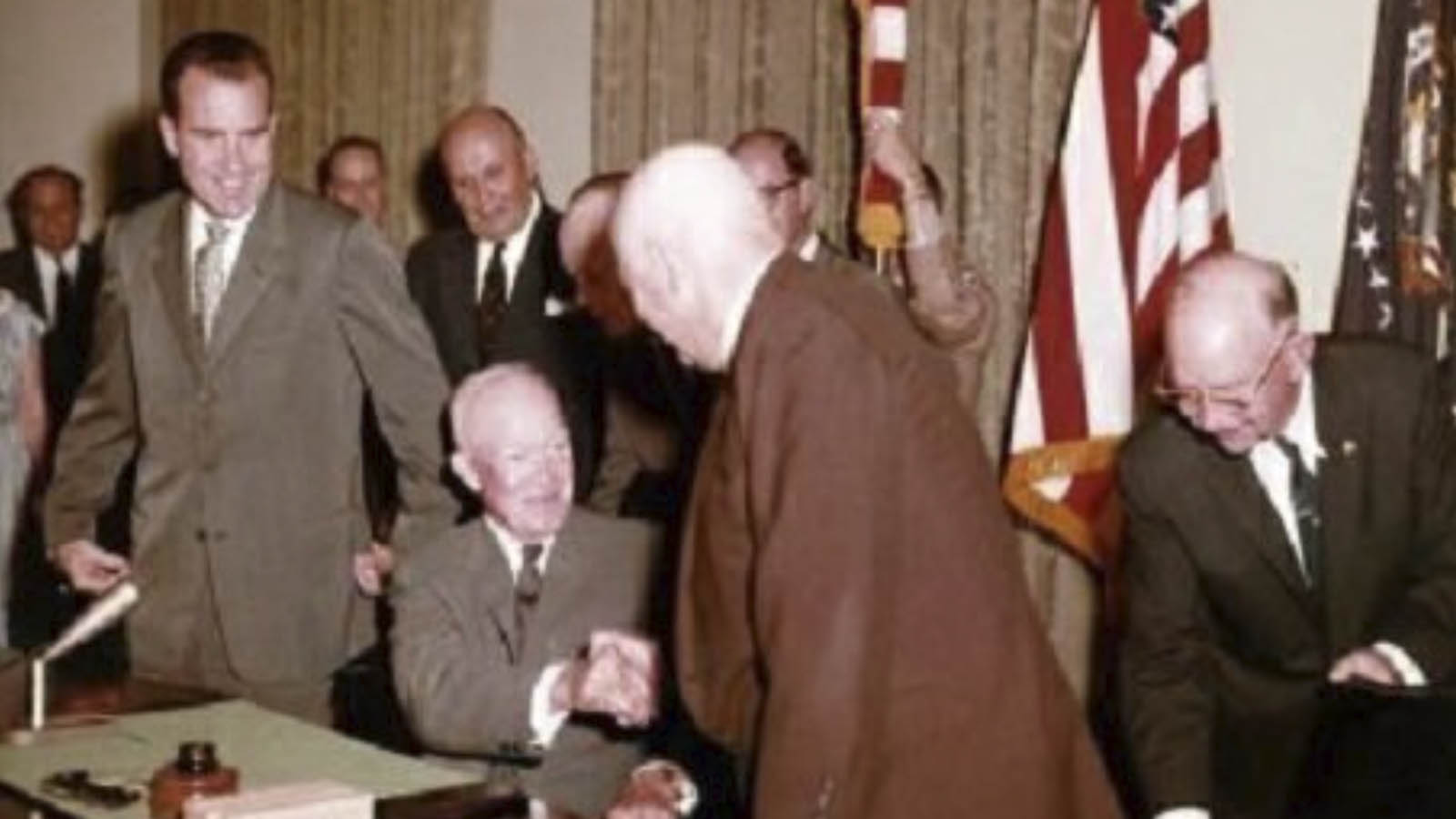 It was on this day in 1959 that Alaska was admitted to the union as the 49th state- ending a process that started 13 years earlier.

Alaska passed a referendum in the wake of World War II to become a state, subject to congressional approval. But it was the addition of Hawaii, which was seen as a GOP-leaning state, to the political process that led to a bargain to admit both territories as states.

The Democrats during the 1950s favored Alaska as the 49th state, while the Republicans wanted Hawaii admitted by itself. The reason was that each new state gets two U.S. senators and at least one new House member, and the admission of a new state can swing votes in Congress.

Two powerful politicians, Lyndon Johnson and Sam Rayburn, adopted a strategy to get Alaska admitted first, which led to the Republicans to lobby for Hawaii as the 50th state.

The Constitution is vague about the whole process of how a territory becomes a state, delegating the task to Congress.

In Article IV, Section 3, Congress is given the power to decide what states and territories are, but state legislatures would have to approve any act that would combine two existing states or form a new state from parts of other states. (So reuniting Pennsylvania and New Jersey, or Virginia and West Virginia, would be a very difficult task.)

Alaska’s long path to statehood started in 1867, when Secretary of State William Seward brokered a deal to acquire the territory from Russia for $7.2 million (which is $116 million in 2013 dollars).

The Alaska Purchase gave the United States a land mass of 586,412 square miles, an area about twice the size of Texas. But it came at a time when the United States had just ended the Civil War, and it had an abundance of underpopulated land. So it was called Seward’s Folly by its critics.

Alaska avoided national attention until its Gold Rush began in the 1890s.

It became a territory in 1912 and started making noise about becoming a state four years later. As its strategic importance became obvious during World War II, in 1946 Alaska held a referendum asking Congress to consider it for statehood.

President Dwight D. Eisenhower signed a proclamation admitting Alaska as a state on January 3, 1959. Hawaii would follow as the 50th state later in the year.