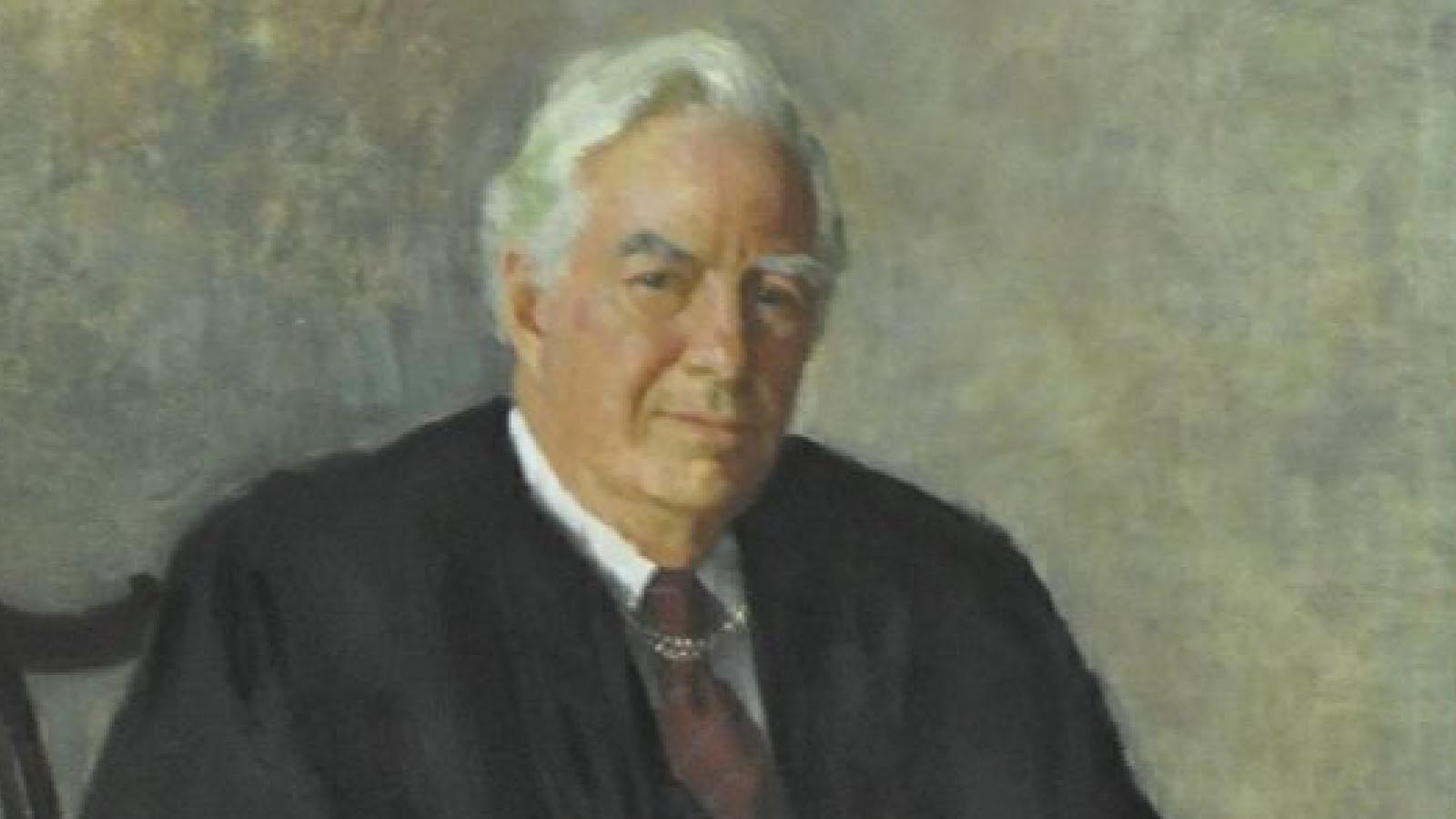 The “Burger Court” dealt with everything from abortion to capital punishment to pornography, and it most likely ended Richard Nixon’s stay in the White House in 1974. Ironically, it was President Nixon who nominated Burger to replace Earl Warren.

Burger had been an early Nixon supporter in 1952 when Burger was a practicing attorney in Minnesota and a political figure in the Republican Party. Also in 1952, Burger helped to deliver the Minnesota delegation to Dwight Eisenhower at the GOP convention. The next year, President Eisenhower appointed Burger as an Assistant U.S. Attorney General, and in 1955, Burger was named to the important U.S. Court of Appeals for the District of Columbia Circuit.

During his 13 years on that court, Burger earned a reputation as a conservative constructionist, and the incoming President Nixon was expected to have Burger on a short list to replace Warren, who had led what was considered a liberal court. (Other rumored candidates were Potter Stewart and Thomas Dewey.) In May 1969, Nixon announced Burger’s nomination and on June 9, after three hours of debate, the Senate confirmed Burger in a 74-3 vote. Nixon also personally attended the new Chief Justice’s swearing-in ceremony.

Burger presided over the high court for 17 years and he also took a very active role in bolstering the United States federal court system. After his retirement in 1986 and subsequent death in 1995, the New York Times columnist Linda Greenhouse noted that the Burger Court had a complicated legacy.

“It was a central contradiction of Mr. Burger’s tenure as Chief Justice that long after he became one of the most visible and, in many ways, innovative Chief Justices in history he remained, for many people, the symbol of retrenchment that Mr. Nixon had presented to the public on nominating him,” Greenhouse wrote. “In fact, the Supreme Court in the Burger years was in its way as activist as the Court that preceded it, creating new constitutional doctrine in areas like the right to privacy, due process and sexual equality that the Warren Court had only hinted at.”

Among the biggest of the opinions issued by the Burger Court was Roe v. Wade in 1973. The conservative Chief Justice voted with the majority in the Roe case, which guaranteed to women the right to have abortions. Burger also wrote some important First Amendment opinions. In the 1973 case of Miller v. California, Burger’s majority opinion offered a new definition of obscenity as it pertained to community standards.

Another important Burger opinion was from Lemon v. Kurtzman in 1971, when Burger devised a test for deciding if a law or public program that benefited a religion or religious beliefs was allowed under the First Amendment.

But perhaps the Chief Justice’s highest-profile case was United States v. Nixon in 1974, when Burger wrote for a unanimous Court that President Nixon couldn’t exert an executive privilege claim over tape recordings made in the White House. Nixon resigned 16 days after the Court’s decision.

On June 18, 1986, Burger decided to leave the Court to help lead the 1987 bicentennial celebrations for the Constitution. President Ronald Reagan moved quickly to nominate Associate Justice William Rehnquist as the new Chief Justice and a 50-year-old federal judge, Antonin Scalia, to the newly vacant Court seat.