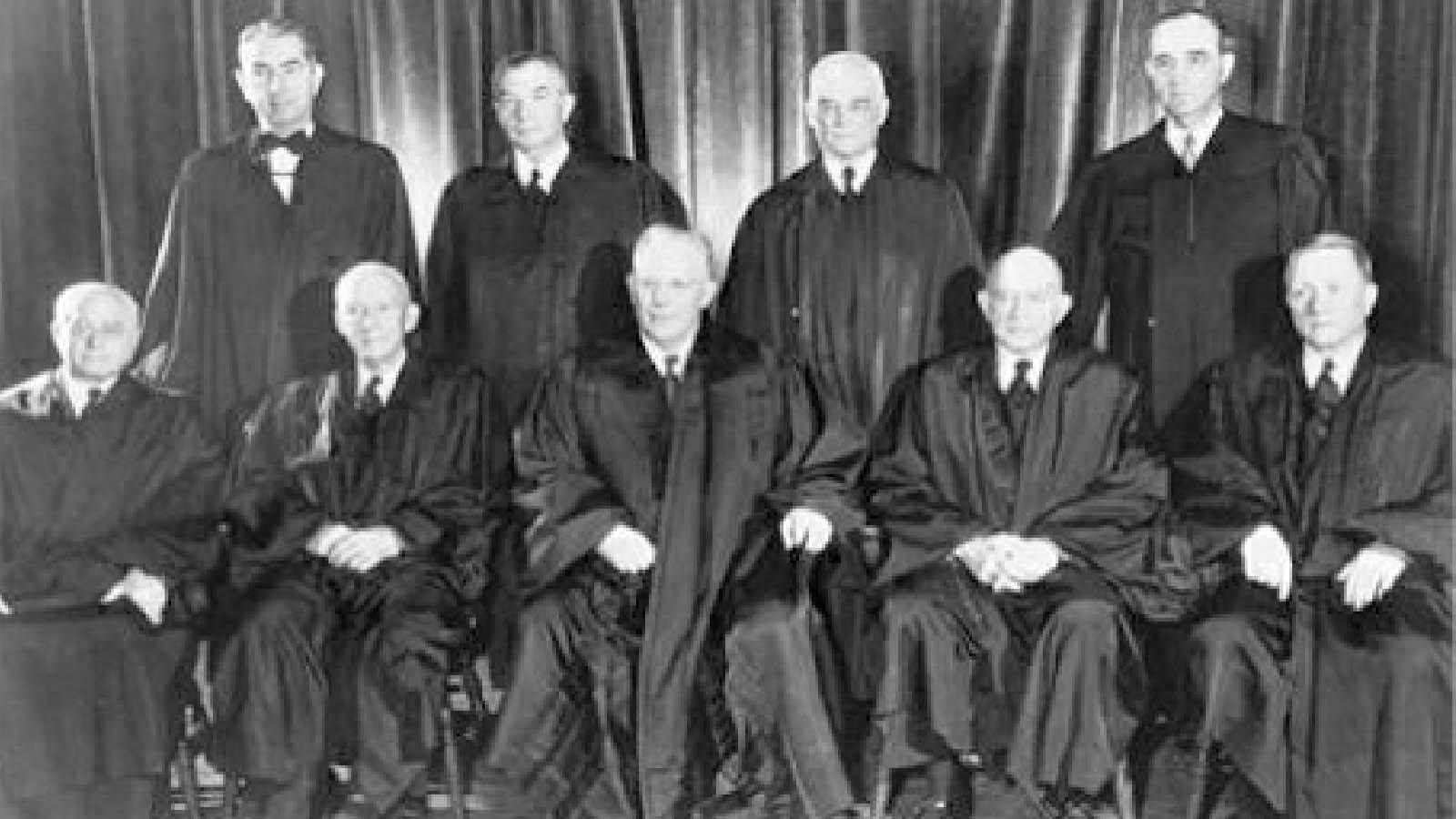 With speculation growing about the Supreme Court overruling Roe v. Wade, a look back at overturned landmark cases shows the rarity of such actions.

In their current session, the justices heard arguments in Dobbs v. Jackson Women’s Health Organization last December. The question in front of the court is the constitutionality of Mississippi’s law banning nearly all abortions after 15 weeks’ gestational age. The court’s decision could alter or overturn two landmark cases, Roe v. Wade (1973) and Planned Parenthood v. Casey (1992). As of May 3, 2022, the court has not ruled on the Dobbs case as it prepares opinions likely to be released sometime before July.

In 1992, an opinion from three justices in the Casey decision reinforced the role of stare decisis, or precedent, in the court’s proceedings. “After considering the fundamental constitutional questions resolved by Roe, principles of institutional integrity, and the rule of stare decisis, we are led to conclude this: the essential holding of Roe v. Wade should be retained and once again reaffirmed,” wrote Sandra Day O’Conner, Anthony Kennedy and David Souter.

However, the court doesn’t always follow its precedents. In 1932, Justice Louis Brandeis explained stare decisis in his dissent in Burnet v. Coronado Oil & Gas Co. “Stare decisis is usually the wise policy, because in most matters it is more important that the applicable rule of law be settled than that it be settled right,” Brandeis wrote. “But in cases involving the Federal Constitution, where correction through legislative action is practically impossible, this Court has often overruled its earlier decisions.”

The Library of Congress tracks the historic list of overruled Supreme Court cases in its report, The Constitution Annotated. As of 2020, the court had overruled its own precedents in an estimated 232 cases since 1810, says the library. To be sure, that list could be subject to interpretation, since it includes the Korematsu case from 1943, which justices have repudiated but never formally overturned. But among scholars, there are a handful of cases seen as true landmark decisions that overturned other precedents.

Here is a short list of those landmark cases, as reported by the Congressional Research Service and Library of Congress:

West Coast Hotel Company v. Parrish (1937). In a 5-4 decision, the Hughes court overturned a decision from the previous year, now stating that the establishment of minimum wages for women was constitutional. The decision was seen as ending the court’s Lochner era.

West Virginia State Board of Education v. Barnette (1943). In a 6-to-3 decision, the Court overruled Minersville School District v. Gobitis (1940). Justice Robert Jackson’s majority opinion affirmed that forcing public school students to salute the American flag was unconstitutional. “If there is any fixed star in our constitutional constellation, it is that no official, high or petty, can prescribe what shall be orthodox in politics, nationalism, religion, or other matters of opinion, or force citizens to confess by word or act their faith therein,” Jackson famously wrote.

Brown v. Board of Education of Topeka (1954). A unanimous Warren Court (pictured above) decided that a separate but equal policy of educational facilities for racial minorities, consistent with Plessy v. Ferguson (1896), violated the 14th Amendment’s Equal Protection Clause.

Mapp v. Ohio (1961). Overruling Wolf v. Colorado (1949), the court said in a 6-3 decision that evidence gathered by authorities through searches and seizures that violated the Fourth Amendment could not be presented in a state court—otherwise known as the “exclusionary rule.”

Miranda v. Arizona (1966). In a 5-4 opinion, Chief Justice Earl Warren concluded that police violated Ernesto Miranda’s rights by not informing Miranda that he could remain silent and also ask for an attorney during interrogations. The ruling invalidates two court rulings from 1958: Crooker v. California (1958) and Cicenia v. Lagay (1958).

Gregg v. Georgia (1976). In a 7-2 decision from Potter Stewart, the court ruled that Georgia’s capital punishment laws didn’t violate the Eighth and 14th Amendment’s prohibitions on cruel and unusual punishment. The court invalidated McGautha v. California (1971), a prior death-penalty case.

Planned Parenthood of Southeastern Pennsylvania v. Casey (1992). A divided court invalidated parts of two prior decisions, Thornburgh and Akron I, as inconsistent with Roe v. Wade.

Lawrence v. Texas (2003). Justice Anthony M. Kennedy, in a 6-3 ruling, cited the Due Process Clause and invalidated a Texas law making it a crime for two persons of the same sex to engage in sexual conduct. The decision overturns Bowers v. Hardwick (1986).

Citizens United v. FEC (2010). By a 5-to-4 decision, Justice Anthony M. Kennedy writes for the majority and says the First Amendment did not permit the government to ban corporate funding of independent political broadcasts during election cycles. The decision overturned Austin v. Michigan Chamber of Commerce (1990) and parts of McConnell v. FEC (2003).

Obergefell v. Hodges (2015). In a 5-4 opinion, Justice Kennedy said the 14th Amendment’s Due Process Clause guaranteed the right to marry as a fundamental liberty that applied to couples regardless of their sex. The decision overruled a one-sentence ruling in Baker v. Nelson (1972).

South Dakota v. Wayfair (2018). In another 5-4 decision from Justice Kennedy, the court said sellers who engage in significant business within a state may be required to pay taxes, even if the business does not have a physical presence in the taxing state. The ruling overturned Quill Corp. v. North Dakota (1992).