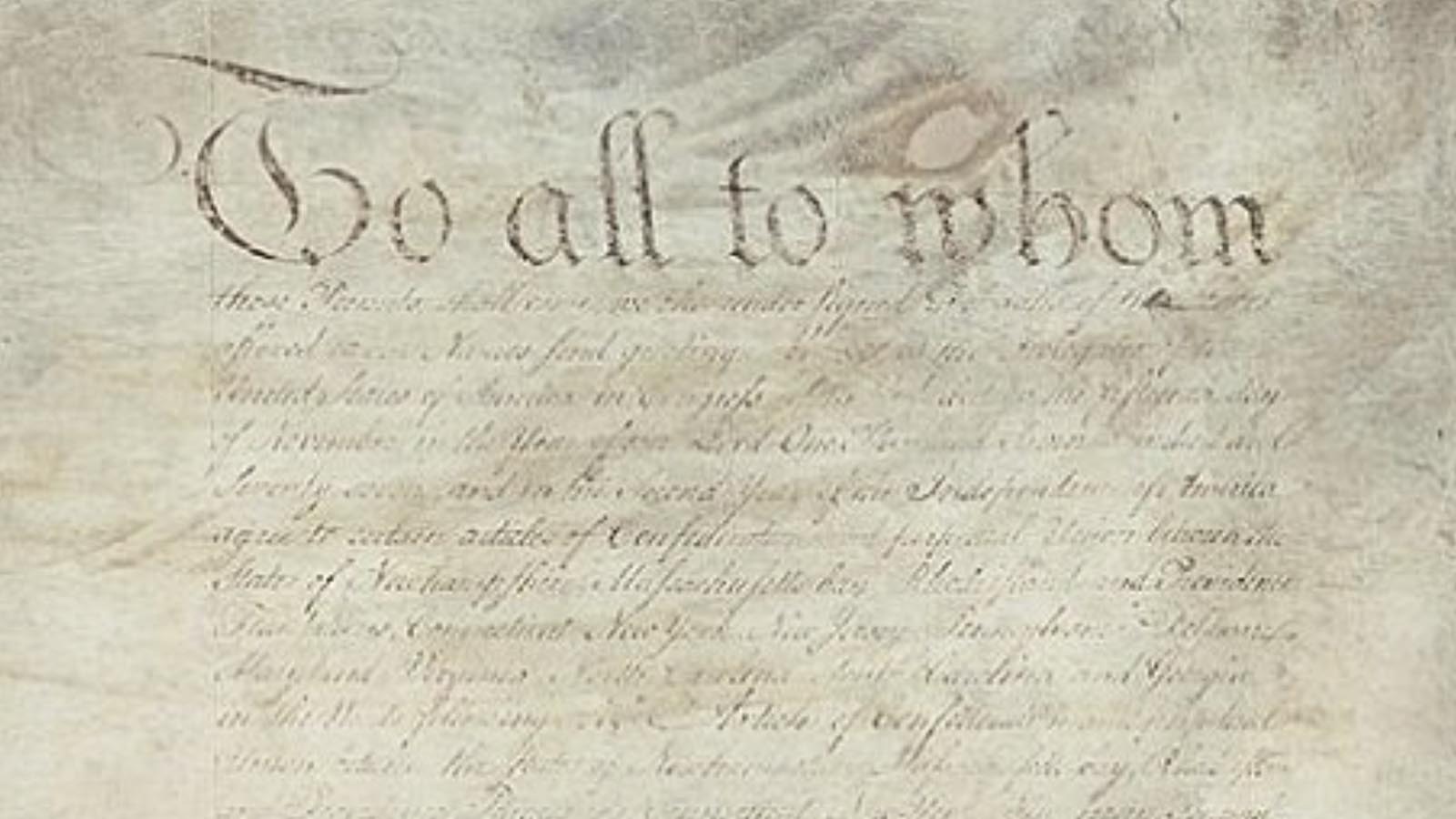 It was on this day in 1777 that the Articles of Confederation, the first American constitution, was sent to the 13 states for consideration. It didn’t last a decade, for some obvious reasons.

On November 17, 1777, Congress submitted the Articles to the states for immediate consideration. Two days earlier, the Second Continental Congress approved the document, after a year of debates. The British capture of Philadelphia also forced the issue.

The Articles formed a war-time confederation of states, with an extremely limited central government. The document made official some of the procedures used by the Congress to conduct business, but many of the delegates realized the Articles had limitations.

Here is a quick list of the problems that occurred, and how these issues led to our current Constitution.

1. The states didn’t act immediately. It took until February 1779 for 12 states to approve the document. Maryland held out until March 1781, after it settled a land argument with Virginia.

2. The central government was designed to be very, very weak. The Articles established “the United States of America” as a perpetual union formed to defend the states as a group, but it provided few central powers beyond that. But it didn’t have an executive official or judicial branch.

3. The Articles Congress only had one chamber and each state had one vote. This reinforced the power of the states to operate independently from the central government, even when that wasn’t in the nation’s best interests.

4. Congress needed 9 of 13 states to pass any laws. Requiring this high supermajority made it very difficult to pass any legislation that would affect all 13 states.

5. The document was practically impossible to amend. The Articles required unanimous consent to any amendment, so all 13 states would need to agree on a change. Given the rivalries between the states, that rule made the Articles impossible to adapt after the war ended with Britain in 1783.

7. States were able to conduct their own foreign policies. Technically, that role fell to the central government, but the Confederation government didn’t have the physical ability to enforce that power, since it lacked domestic and international powers and standing.

8. States had their own money systems. There wasn’t a common currency in the Confederation era. The central government and the states each had separate money, which made trade between the states, and other countries, extremely difficult.

9. The Confederation government couldn’t help settle Revolutionary War-era debts. The central government and the states owed huge debts to European countries and investors. Without the power to tax, and with no power to make trade between the states and other countries viable, the United States was in an economic mess by 1787.

These events alarmed Founders like George Washington, James Madison and Alexander Hamilton to the point where delegates from five states met at Annapolis, Maryland in September 1786 to discuss changing the Articles of Confederation.

The group included Madison, Hamilton and John Dickinson, and it recommended that a meeting of all 13 states be held the following May in Philadelphia. The Confederation Congress agreed and the Constitutional Convention of 1787 effectively ended the era of the Articles of Confederation.