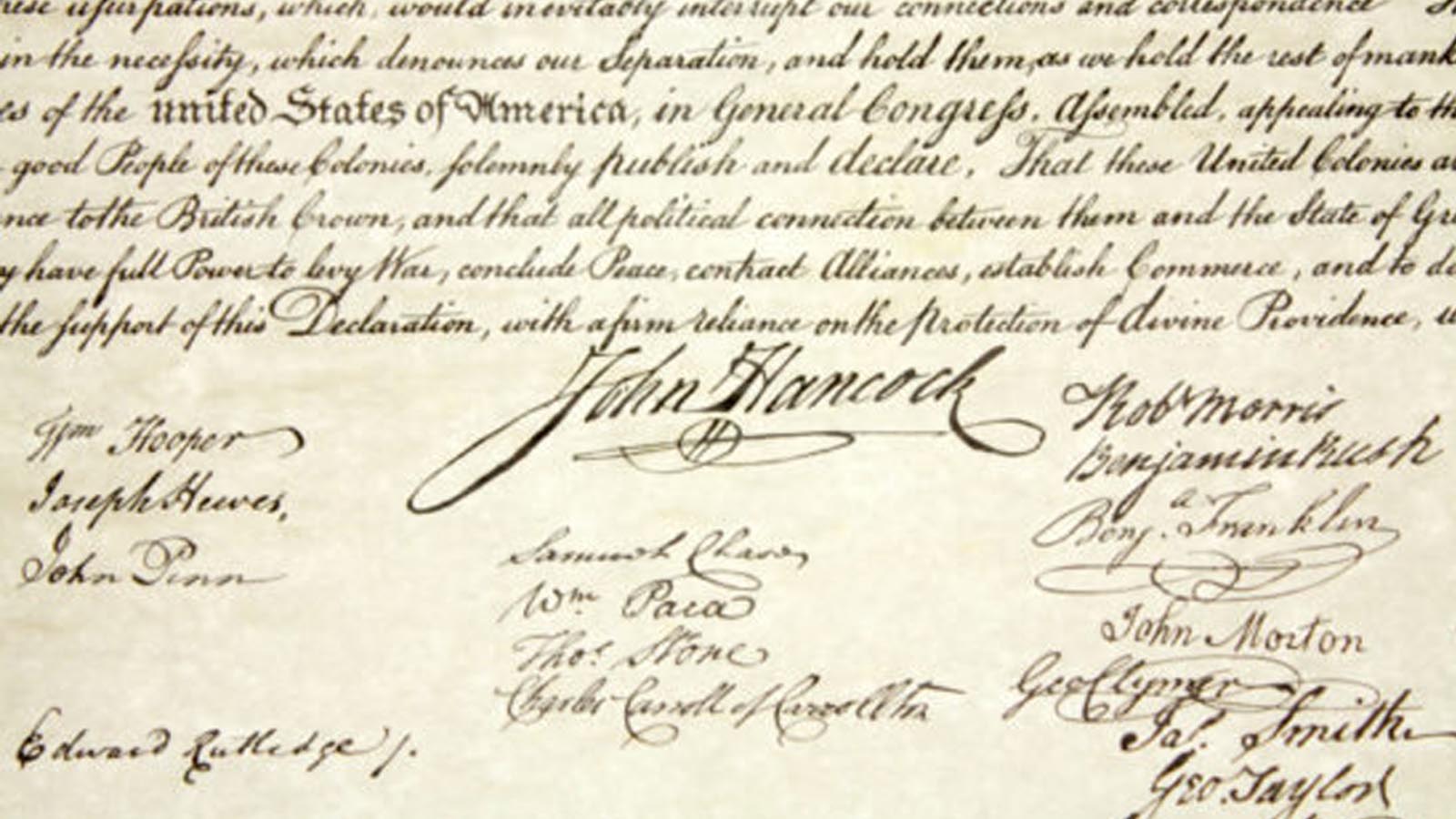 July 4th marks the annual holiday that celebrates the adoption of the Declaration of Independence. So how much do you know about this famous document?

Officially, the Continental Congress declared its freedom from Britain on July 2, 1776, when it approved a resolution and delegates from New York were permitted to make it a unanimous vote. John Adams thought July 2 would be marked as a national holiday for generations to come.

2. July 4 is when the Declaration was adopted

After voting on independence, the Continental Congress needed to finalize a document explaining the move to the public. It had been proposed in draft form by the Committee of Five (John Adams, Roger Sherman, Robert Livingston, Benjamin Franklin, and Thomas Jefferson) and it took two days for the Congress to agree on the edits.

3. Six people signed the Declaration and also the Constitution

Franklin was among a handful of people who signed both historical documents. The others were George Read, Roger Sherman, Robert Morris, George Clymer and James Wilson.

4. But they didn’t sign the Declaration on July 4th!

Once the Congress approved the actual Declaration of Independence document on July 4, it ordered that it be sent to a printer named John Dunlap. About 200 copies of the Dunlap Broadside were printed, with John Hancock’s name printed at the bottom. Today, 26 copies remain.

5. So what if I stumble upon a lost version of the Dunlap Broadside at a flea market?

That’s what happened in 1989 in Adamstown, Pa. It was tucked behind an old picture in a frame and it cost the buyer $4. That version of the Declaration was eventually acquired by TV producer Norman Lear for $8.1 million.

6. OK – when was the Declaration actually signed?

Most of the members of the Continental Congress signed a version of the Declaration in early August 1776 in Philadelphia. The names of the signers were released publicly in early 1777. So that famous painting showing the signing of the Declaration on July 4, 1776, is a bit of an exaggeration.

7. The Declaration’s association with Independence Day came from a lapse of memory

Historian Pauline Maier said in her 1997 book about the Declaration that no member of Congress recalled in early July 1777 that it was almost a year since they declared their freedom from the British. They finally remembered on July 3rd, and July 4th became the day that seemed to make sense for celebrating independence.

8. The Declaration suffered from a lack of early respect

Maier also said that the Declaration (and celebrating its signing) was stuck in a feud between the Federalists (of John Adams) and the Republicans (of Thomas Jefferson). The Declaration and its anniversary day weren’t widely celebrated until the Federalists faded away from the political scene after 1812.

9. The Declaration and Constitution were hidden away during World War II

Both documents were packed up about two weeks after Pearl Harbor. They were given a military escort to Fort Knox in Kentucky, where they remained until late 1944.

10. There really is a message written on the back of the Declaration of Independence

In the movie National Treasure, a secret message written on the back of the Declaration is a key plot device. In reality, there is a visible message on the back that reads, “Original Declaration of Independence dated 4th July 1776.” It’s not as dramatic as the movie and experts believe it was a label added at some point when the Declaration was in storage.