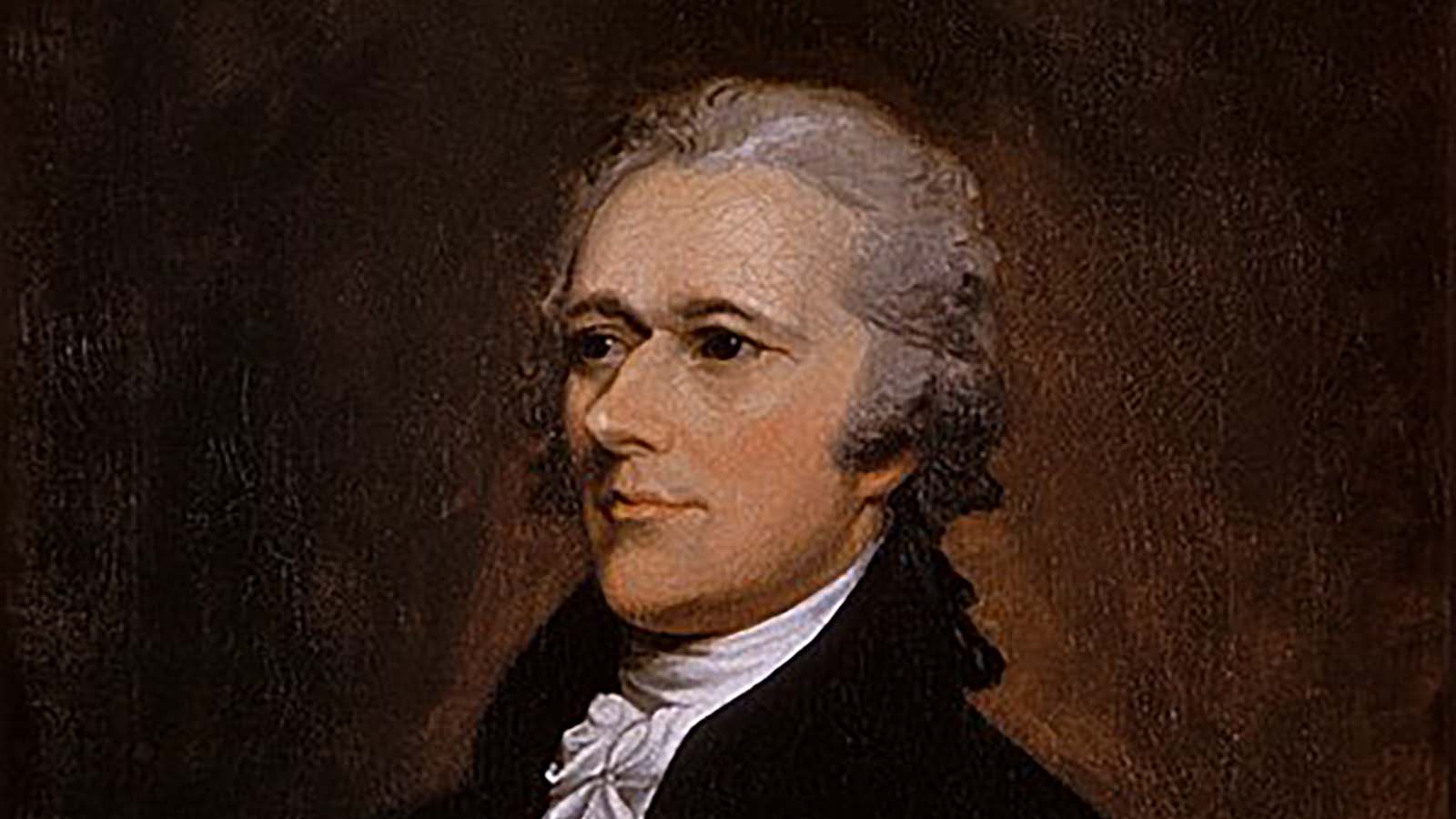 On this day in 1755 or 1757, Alexander Hamilton was born in the Caribbean. If you need a quick primer on Hamilton, here are the essential facts about him.

1. Where is Nevis and why do we care?

Hamilton was born on January 11, in either 1755 or 1757, on the island of Nevis in the British West Indies. (There is a dispute among historians about his actual birth year.) Today, Nevis and St. Kitts are one country, known as the Federation of Saint Kitts and Nevis. His father was from Scotland; his mother from Nevis. Hamilton left the region as a teenager to live in North America.

2. Hamilton’s skills as a writer let him leave the Caribbean

In August 1772, Hamilton’s letter to his father about a hurricane that struck Saint Croix was reprinted in a newspaper, the Royal Danish American Gazette. The locals were so impressed that they took up a collection to send Hamilton to a college in the British North American colonies. Princeton rejected Hamilton, but King’s College (later known as Columbia) accepted him.

3. Hamilton fought with honor in the Revolutionary War

Through his efforts as a volunteer, young Hamilton became General George Washington’s aide de camp, or his right-hand man. Hamilton also personally led an attack and charge at the Battle of Yorktown on a British redoubt.

4. Hamilton was a mostly self-taught lawyer

After resigning his military commission, Hamilton was able to study the law and pass a legal examination within six months in 1782. He had been reading the law on his own in Nevis and at King’s College, and had studied with John Jay and William Paterson, two future Supreme Court Justices.

5. He helped promote the Constitutional Convention of 1787

Hamilton was agitated with the weak Confederation Congress and the Articles of Confederation, so he worked with James Madison and other Founders to hold the Annapolis Convention in September 1786. There, Hamilton introduced a resolution for more delegates “to meet at Philadelphia on the second Monday in May next, to take into consideration the situation of the United States.”

Hamilton wasn’t a big presence at the 1787 Convention in Philadelphia because he was the minority voice in the New York delegation. But he played a big role in helping secure the Constitution’s ratification as one of the three authors of The Federalist Papers, along with Madison and Jay. Hamilton wrote roughly 51 of the 85 essays, which are still consulted today by scholars and the Supreme Court. Hamilton’s authorship wasn’t made public until after his death in 1804.

7. Hamilton founded the Treasury Department and strengthened the banking system

If that wasn’t enough, President Washington appointed Hamilton as the first Secretary of the Treasury, when the new nation was facing a steep financial crisis. Hamilton brokered a solution to paying off the former colonies’ war debt, and then organized the Treasury Department as a powerful unit. Hamilton also formed the First Bank of the United States and convinced other nations that the United States was financially sound.

Hamilton’s moves as Treasury Secretary and as a proponent of a strong central government led to the unofficial formation of the Federalist Party by 1791. In response, leaders like James Madison and Thomas Jefferson formed a political faction known as the Democratic Republicans that directly objected to Hamilton and his ideas. (Washington approved of many Federalist principles but wasn’t a party member.) The partisan clashes between the two groups would persist until Hamilton’s death.

In the deadlocked 1800 presidential election, a House of Representatives controlled by the Federalists had two Republican candidates to choose from: Jefferson and Aaron Burr. Hamilton wrote a private letter to a House member urging that Jefferson, Hamilton’s political enemy, become the next President. “Mr. Burr loves nothing but himself—Thinks of nothing but his own aggrandizement—and will be content with nothing short of permanent power in his own hands,” Hamilton wrote. “In a choice of Evils, let them take the least—Jefferson is in my view less dangerous than Burr.”

The deadly duel between Hamilton and Burr in July 1804 was years in the making; the two men had been rivals in New York before the 1800 election, and Hamilton worked to deny Burr’s election to the New York governorship. After Hamilton wouldn’t retract an insult, the two men and their seconds met in Weehawken, New Jersey, with Burr shooting Hamilton, and Hamilton dying the next day.

But what happened during the duel? Did Hamilton deliberately misfire? Or did someone introduce a hair-triggered pistol into the mix? Was Burr obligated under the dueling code to not shoot Hamilton? The only witnesses were the men’s seconds, who wrote a joint account of the incident. “Both parties presented and fired in succession. The intervening time is not expressed, as the seconds do not precisely agree on that point. The fire of Colonel Burr took effect, and General Hamilton almost instantly fell,” goes the account, with the witnesses disagreeing on who shot when.